Solvents are used to thin oil paint and wash your brushes. They are what make paint “lean” (as in “fat over lean”) and can be mixed with other mediums in the beginning stages of your painting process. 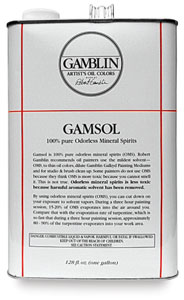 Gamsol (recommended): Can be mixed with paint and other mediums to thin out. Cannot be used to thin dammar, copal, or mastic (they need the strength of turpentine). 100% odorless and the safest solvent on the market.

Flash point (the lowest temperature at which something can vaporize to form an ignitable mixture in the air) is 142* F. Hazards are dry skin and potential eye discomfort (though I’ve never noticed that). 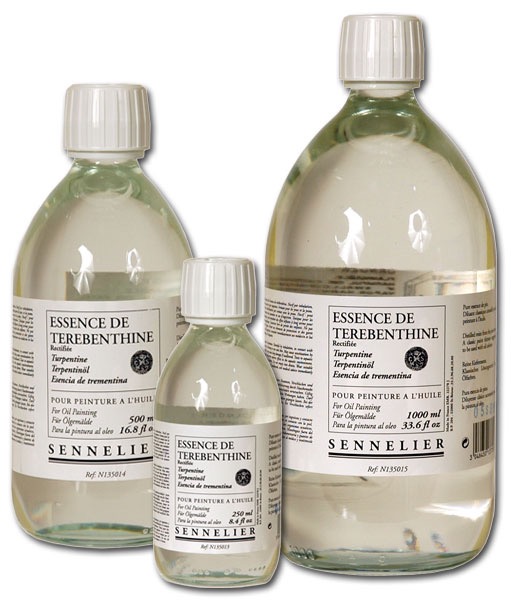 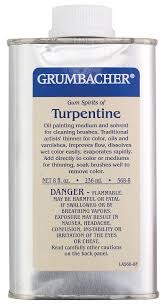 Turpentine: Turpentine is made by distilling the thick, resinous sap of pine trees grown in the southeastern United States and similar coniferous trees in various parts of the world. Originally, artists used the crude exudation (called “oleoresin”) and it was called turpentine. After distillation, it was called “oil of turpentine” or “spirits of turpentine” and the resinous portion left over after the distillation process is called rosin. Now when we talk about turpentine, we’re only talking about the distilled bit. It is a colorless liquid that has a strong odor.

The fumes are not good for you, so if you use turpentine as your solvent, you need good ventilation (not just one open window—more like all the windows open and a fan blowing out). Don’t purchase turpentine from a home improvement store—it’s not formulated to be used in fine art and can cause yellowing or cracking. Toxic. Flash points vary—Winsor & Newton’s distilled turpentine has a flash point of 95* F. Hazards include skin, eye, and respiratory irritation, kidney irritant, dermatitis. 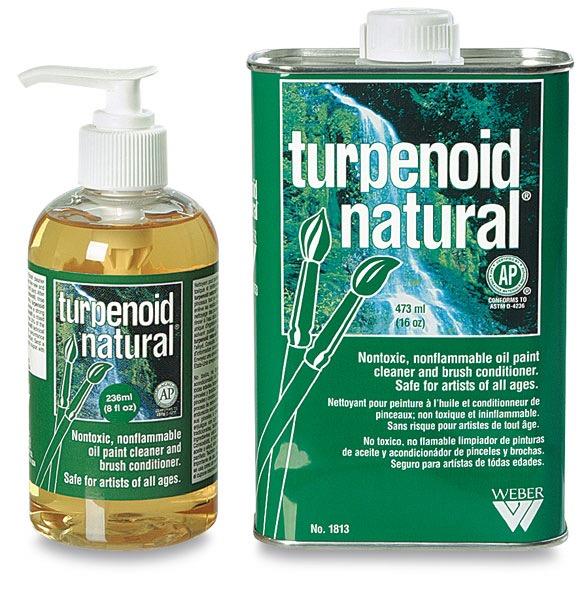 Turpenoid: Odorless turpentine that is relatively safe to use. Hazards include eye and skin irritation. Harmful if swallowed, inhalation not recommended. Flash point is 110* F. 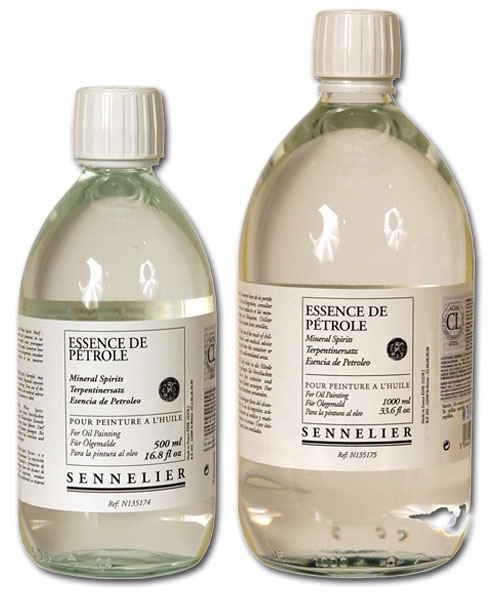 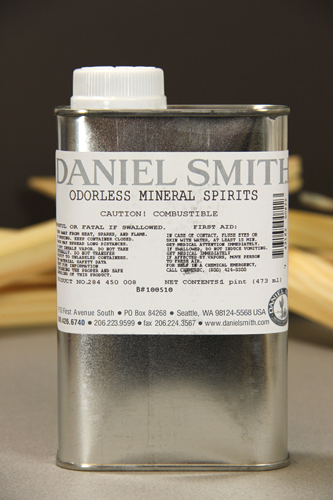 Canada Balsam: Also Canada Turpentine. Solvent made from the oleoresin of the balsam fir tree in Canada. Flash point 143* F. 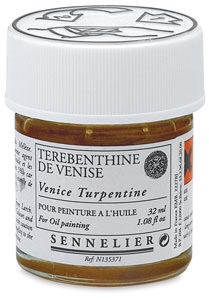 Venice Turpentine: Solvent made from the resin of the western larch tree. Has the consistency of honey and should be mixed with 20% solvent before using. Dries to hard, enamel-like surface. 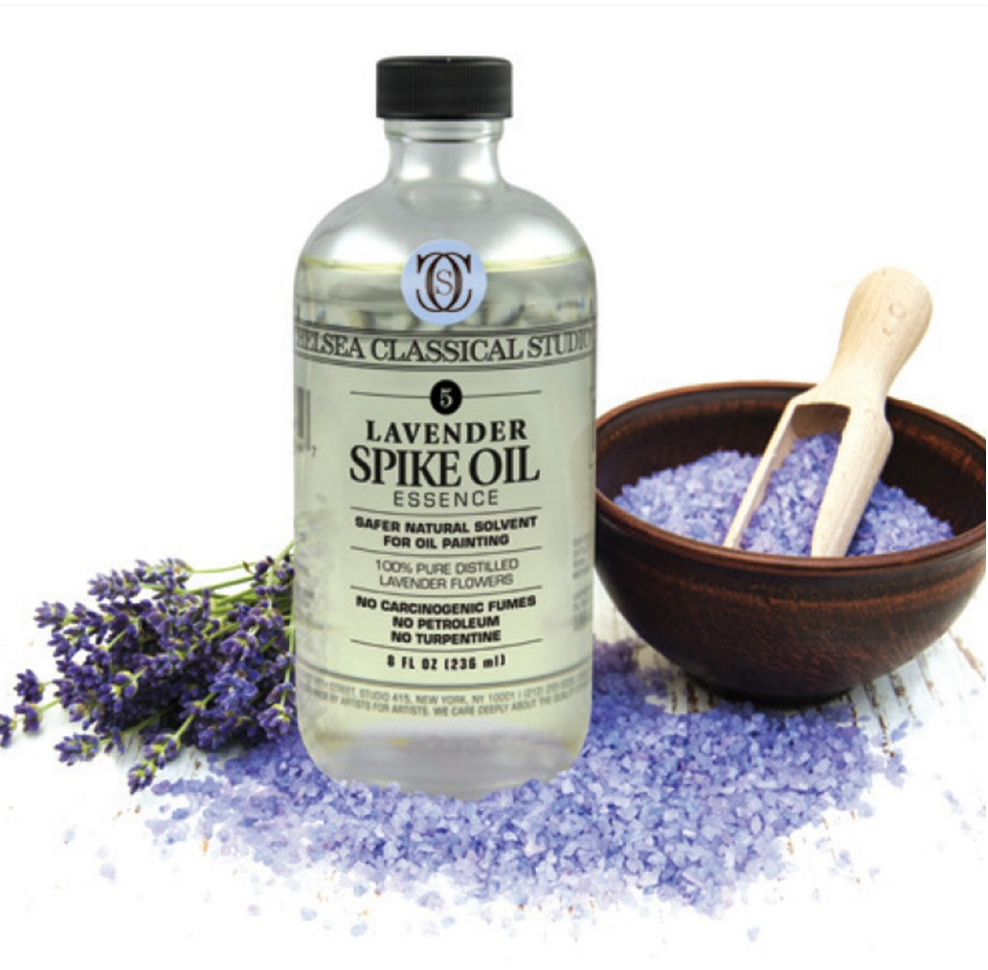 Spike Oil: Also known as lavender spike oil,  or oil of spike lavender. This has properties similar to turpentine but smells like flowers and is much less toxic than turpentine. Evaporates slower than turpentine and OMS (odorless mineral spirits).