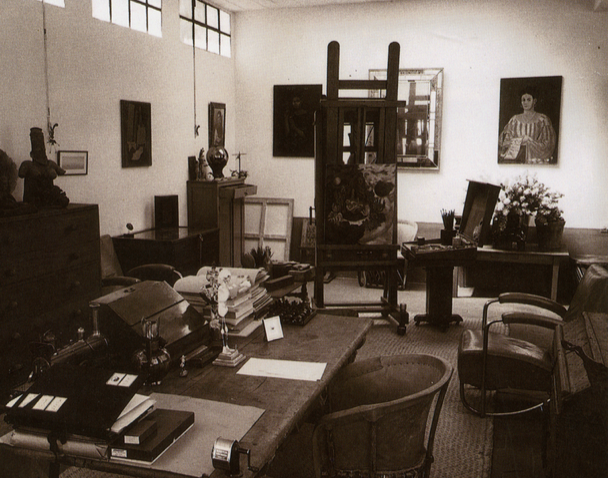 Frida Kahlo and her husband, Mexican muralist Diego Rivera, had two homes on two plots of land next to each other. Each of them had their own personal living and studio spaces and the two homes were joined by a bridge between them. 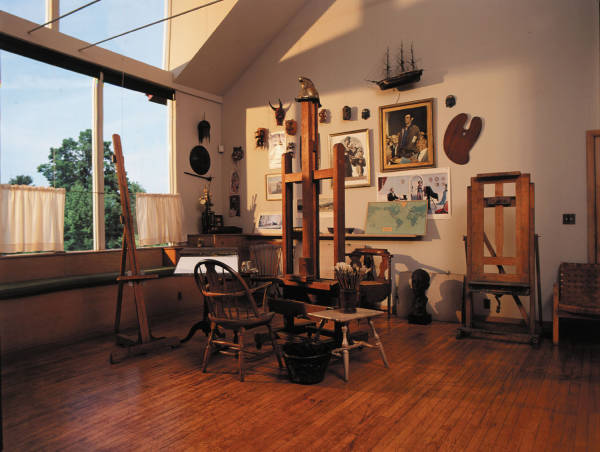 Norman Rockwell occupied some 20 studios in his life, but called the last one his “best studio yet.” The well-lit building was originally behind his home in Stockbridge, but shortly before he died, he donated it to the Norman Rockwell Museum where it was moved in 1986.

The studio was built in 1901 according to Cézanne’s plans. It was originally intended that he live there as well, but he ended up using the ground floor to store his canvases (up to 2,000 of them) and kept his studio on the second level while he lived in an apartment in the city.

Bacon’s studio was relocated to Dublin in 1998. Conservators and curators noted and packed every item in the studio (including dust!) to recreate it exactly at its new home in Dublin.