The beginning is the most important part of the work. –Plato

Let’s have a history lesson to gain some perspective on the art of painting. Click on any of the words below to jump directly to that section: 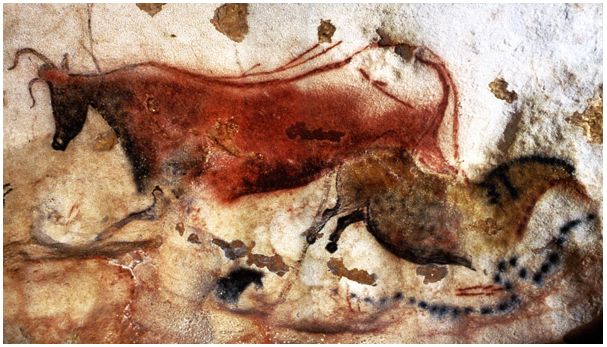 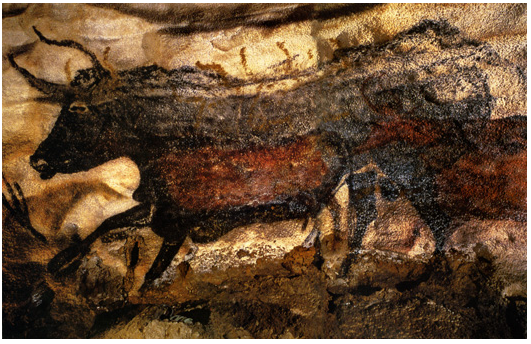 The first paintings on record are cave paintings, the most famous being the Lascaux Caves in France. They date back to more than 17,000 years ago, putting them in the Paleolithic art period. These were done with ground pigments found in nature (ochre, for example, is a colored clay that is mined from the ground, rinsed, and dried to make a powder). 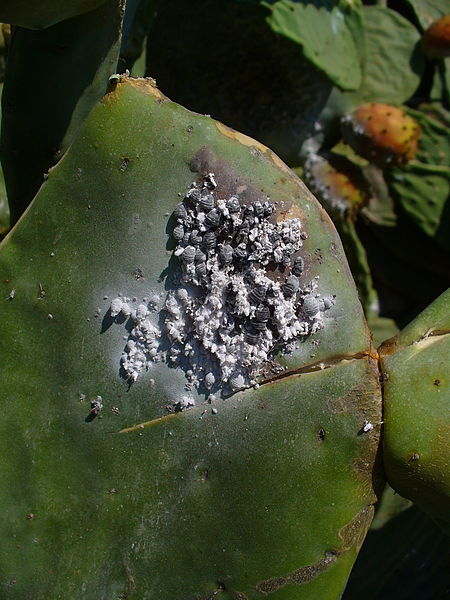 The grey and white spots are cochineal

A lot of pigments come from natural sources ranging from plants, minerals, and even insects (the cochineal bug found on cacti are responsible for a red dye called carmine—if you’re wearing lipstick right now, you most likely have cochineal on your lips). 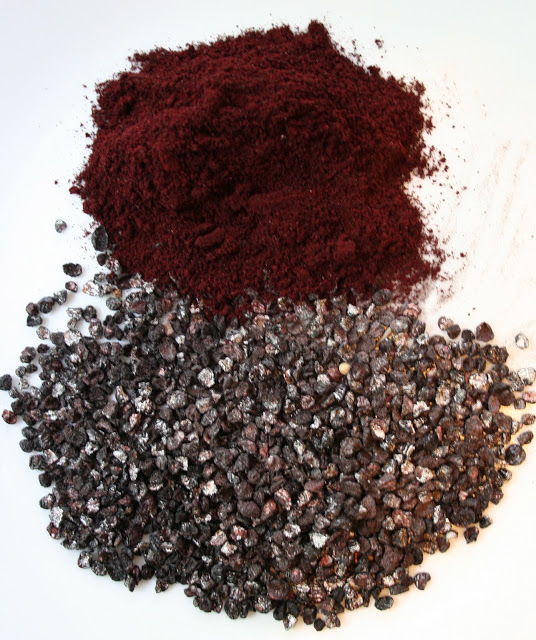 A lot of paintings were also completed on papyrus, a paper-like material made from a papyrus plant. It was produced as early as the fourth millennium BCE (6,000+ years ago!) and is most commonly associated with Egyptian hieroglyph drawings. 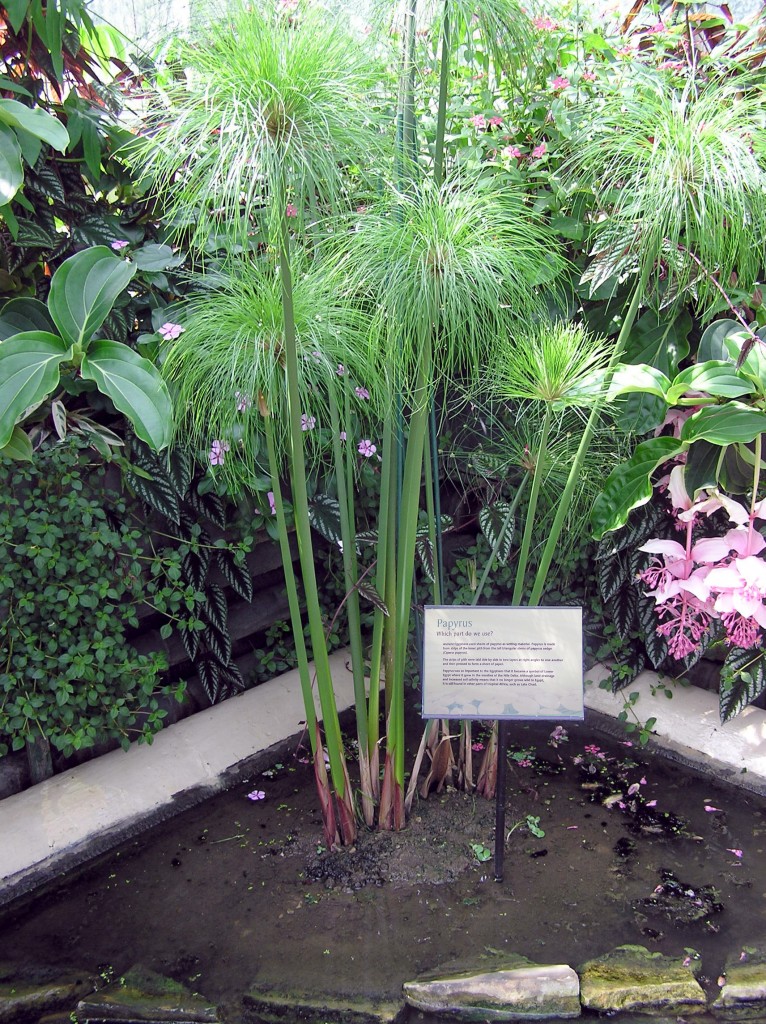 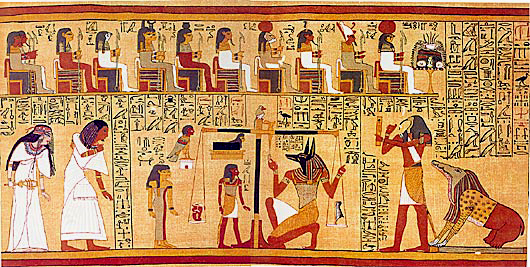 In the 2nd century BCE, papyrus got really expensive and was in such high demand that the plant came close to extinction. It stopped being exported from Alexandria (Egypt), so the ancient Greeks started making parchment (or vellum) with animal hides. People had already been writing on leather since the 26th century BCE so utilizing animal skins for writing and painting purposes was not a new idea—it was the preparation that changed. The hide was prepared and stretched then scraped to the desired thinness. Once it was dry, it held its shape and was often used for writing manuscripts. 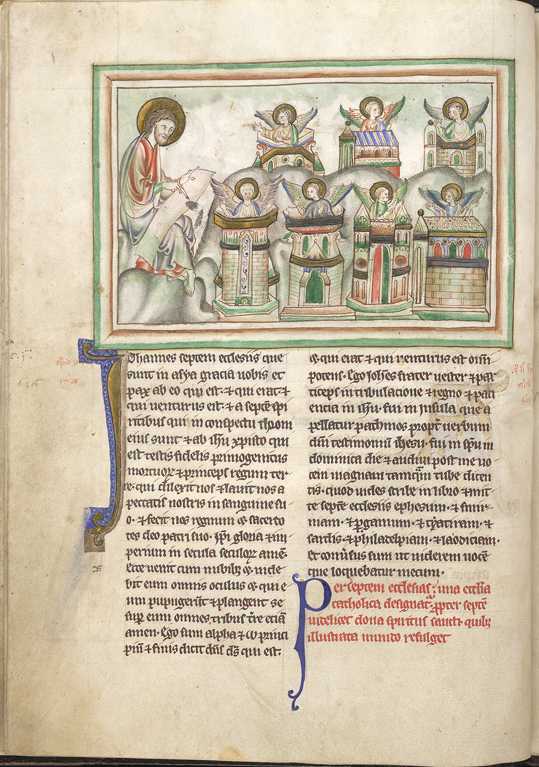 Albrecht Dürer, Wing of a Roller, 1512, watercolor and gouache on vellum 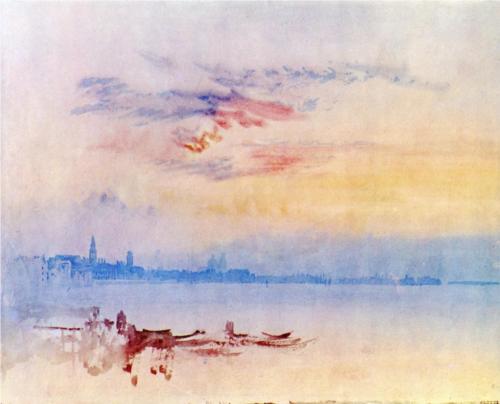 Watercolor dates back as early as the cave paintings. Primitive man mixed pigments with water and applied them to cave walls with fingers, feathers, bones, and sticks. Ancient Egyptians used water-based paints to decorate the walls of temples and tombs and created some of the first works on paper, made of papyrus. But it was in the Far and Middle East that the first watercolor schools or predominant styles emerged in the modern sense.

Chinese and Japanese masters painted on silk as well as exquisite handmade paper. Their art was filled with literary allusion and calligraphy, but the primary image was typically a serene landscape. This characteristic anticipated what was to be a central aspect of Western watercolor traditions in later centuries. In India and Persia, the opaque gouache paintings created by the Moslems depicted religious incidents derived from Byzantine art. (Big City Art)

Gouache (pronounced gwash) is similar to watercolor, but is completely opaque, which is due to the addition of inert pigments like chalk. Used as early as the 14th century, it is used today most consistently by commercial artists for works such as posters, illustrations, comics, and for other design work.

This piece by Paul Gauguin has both watercolor and gouache in it. The parts painted with watercolor are more translucent, while the opaque parts are done in gouache. 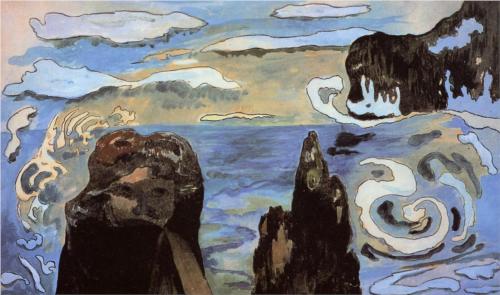 Paul Gauguin, At the Black Rocks, 1889, gouache, ink, and watercolor on paper 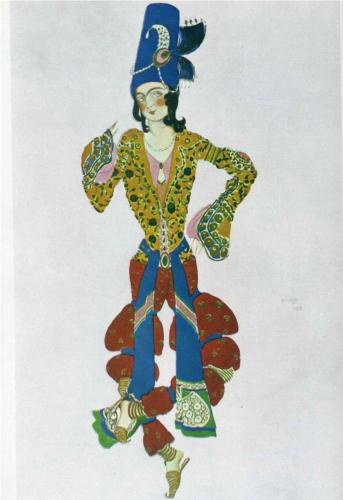 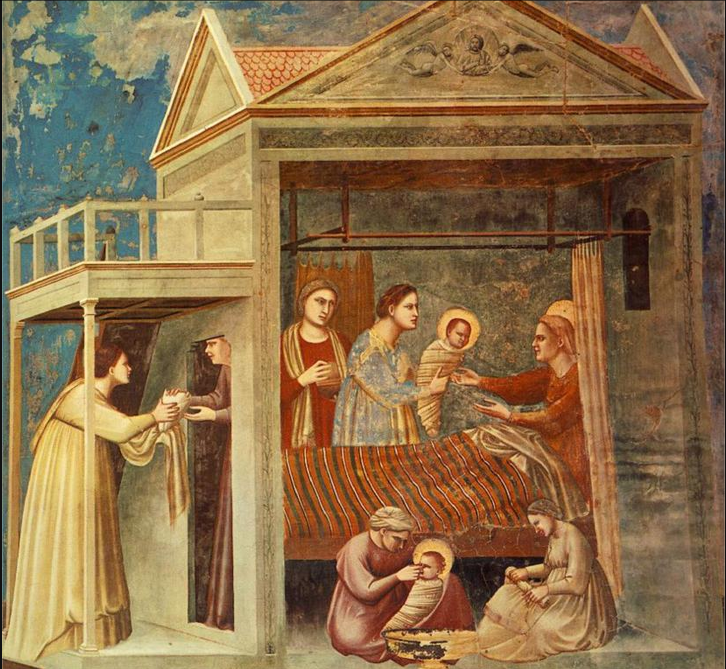 Giotto di Bondone, The Birth of the Virgin, ca. 1296, fresco 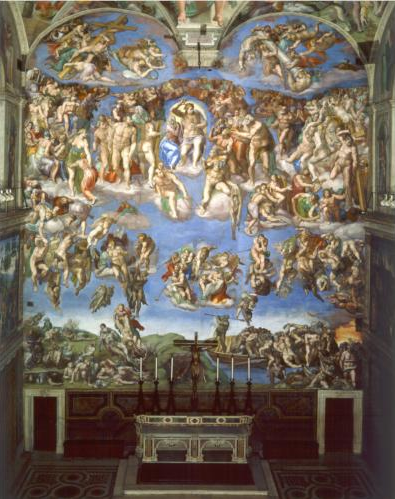 Some very old paintings were done using the fresco method. There are two types: buon fresco and fresco secco. With buon fresco, the artist first lays an area of wet plaster then mixes pigment with water and paints directly on the wet plaster. This is very difficult and tedious because once the plaster dries, you can no longer paint on it. Dried plaster must be removed before painting can start again. The most famous example of buon fresco is Michelangelo’s Sistine Ceiling. Fresco secco is done on dry plaster, which means that the paint has to be mixed with a binding medium such as egg in order to stick to the dry plaster. Some artists used both methods to achieve their desired outcome, often adding blues in using the secco method since those pigments didn’t work well on wet plaster. These methods were popular from the time of antiquity through the Renaissance. 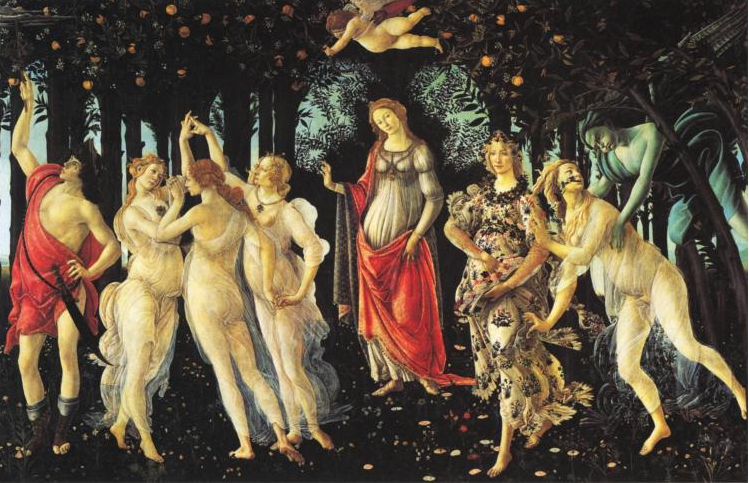 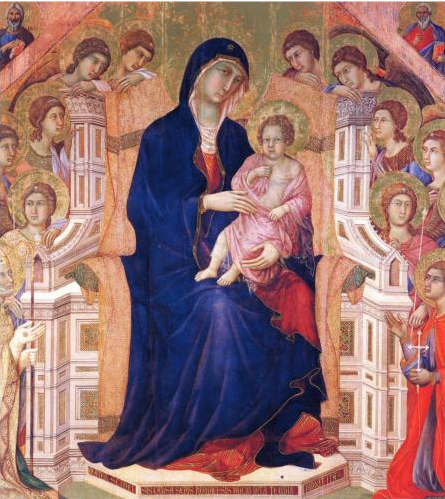 Duccio di Buoninsegna, Madonna and Child on a Throne, 1308-1311, tempera on wood

Another popular painting medium up until the time of the Renaissance was tempera. If you’ve ever gone to an art museum and seen portraits of the Virgin Mary on a piece of wood from the middle ages, it’s probably tempera paint. This method required the artist to mix pigments with a water-soluble binding medium, usually egg yolk, hence why the medium is also sometimes called egg tempera. You have probably seen poster paint in a craft store that’s labeled tempera, but it’s not the same thing. There’s no egg in that kind!

Tempera was also used to create illuminated manuscripts in the Middle Ages: 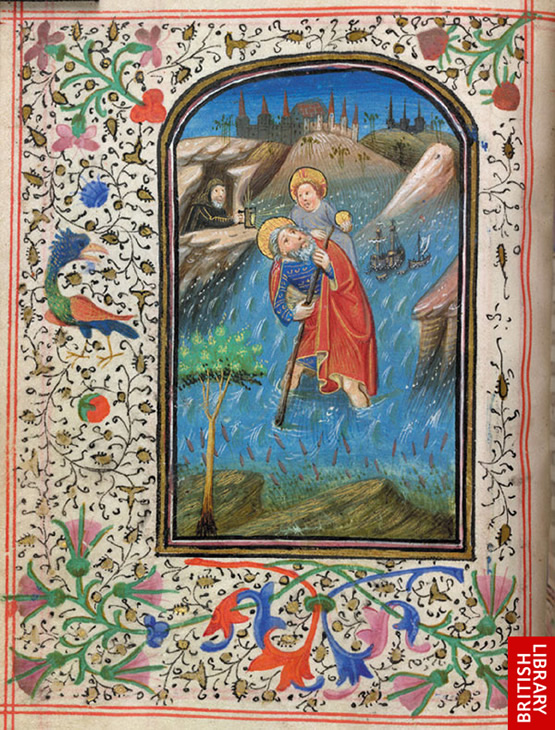 It could be used in much the same way that gouache or watercolor is used today. This medium was really popular until our Flemish friend, Jan van Eyck, introduced oil paint to the world. 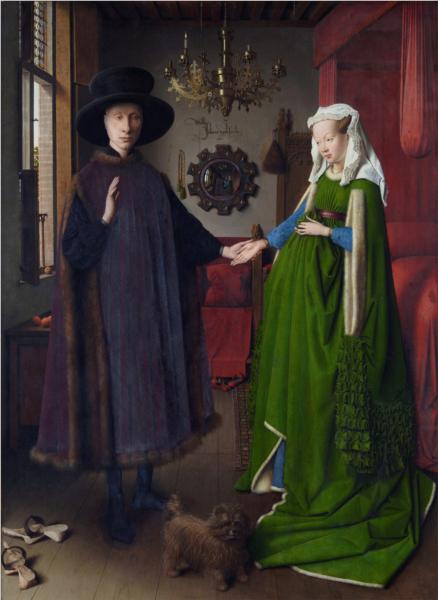 There’s a rumor that van Eyck invented oil paint, but more than likely his amazing paintings just made the medium popular. Oil paint was actually used in Buddhist paintings by Indian and Chinese painters in western Afghanistan as early as the 5th century, but it didn’t catch on until van Eyck’s time in the 15th century. Oil paints are made of dried, ground pigments mixed with a drying oil like safflower, linseed, poppy, and walnut. While it was a bit slow to catch on, by the height of the Renaissance, oil paints had replaced all other mediums in popularity. If you’ve ever been to an art museum, chances are pretty likely that the majority of the paintings you saw were done with oil paints. Oils were pretty much the go-to paint until 1950, when acrylics hit the market and gave artists another option.

Before paint was manufactured and available to purchase in tubes, artists had to make their own paint. They would buy or find pigments and grind them with oil, which had been heated very slowly. It was a long process and was really only possible to do in the studio. This stuff was not easily transported.

Artists eventually started to carry paints around in pig bladders that were tied at the top with string. In order to get the paint out, they would poke a small hole in the bladder and squeeze out the paint. Once air got into the bladder, it would dry out the remaining paint. Holes would clog, forcing the artist to poke even more holes. All in all, it was not a terribly effective method for keeping and carrying paints. 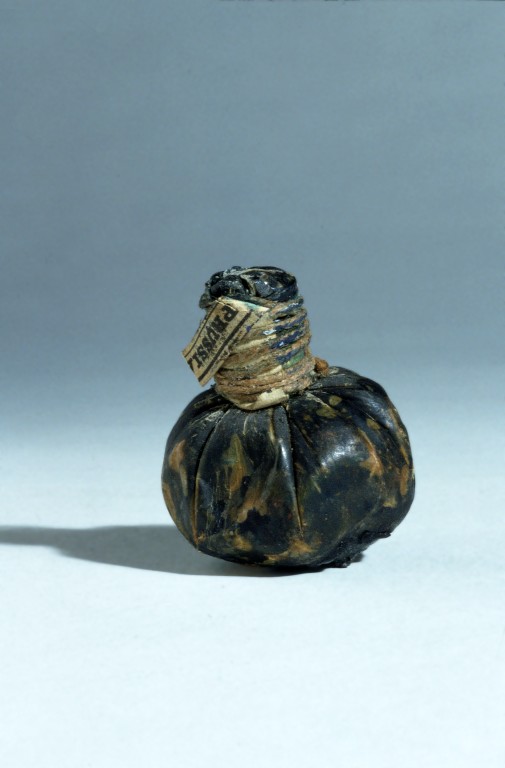 Oil paints used to be carried around in pig bladders. 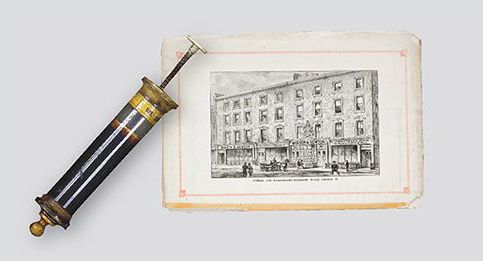 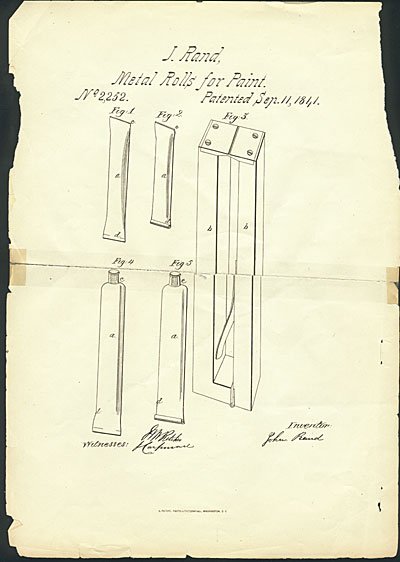 Once paint tubes were invented in the 1800’s, painting outdoors became much easier and became a trend among painters who wanted to capture natural light and outdoor scenes, inspiring many artists to paint en plein air–a very popular technique of the Impressionist period.

You have already seen examples of oil paintings in our previous lesson, Choosing Your Medium. 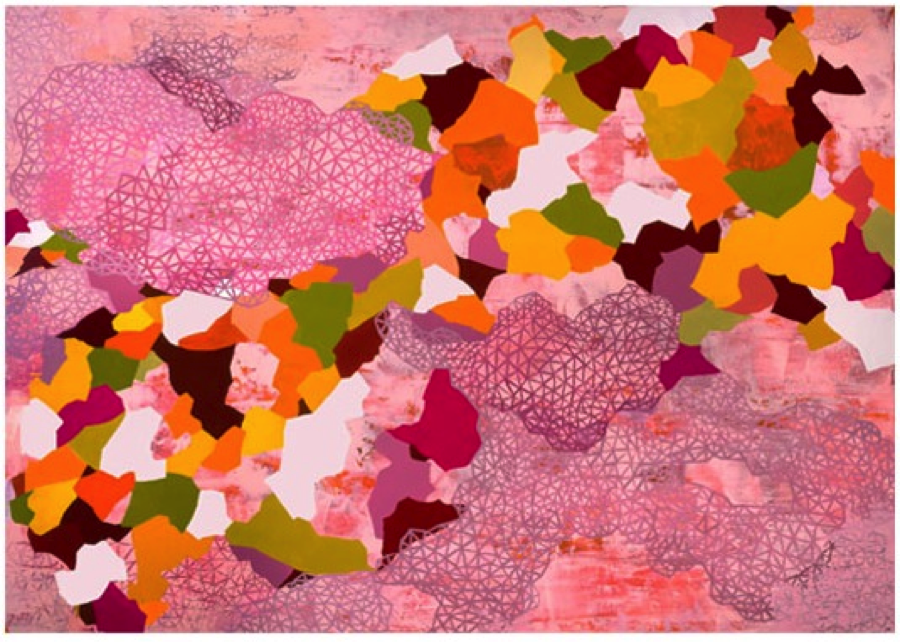 Acrylic paint was made commercially available first in 1950. It is a water-based paint, containing pigment suspended in acrylic polymer emulsion. Acrylic paint dries fairly quickly and is very versatile in its uses, which is why it became so popular during the time of pop art and abstract expressionism. Acrylics can be mixed with other materials like sand or water, they can be poured in very thin streams or layered in thick, plastic-like blobs, they can create very hard and sharp edges, and probably what was most important to the artists of the day–they were inexpensive and could be worked with very quickly.