We’ve already learned how to make a cube and a sphere—let’s try the other two essential forms: the cylinder and the cone.

Here’s what we’ll be learning about in this lesson:

A cylinder is basically a rectangular cube with rounded edges. It has two round ends connected by straight lines. 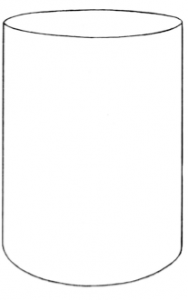 A cone is similar to the cylinder, but has a pinched end. 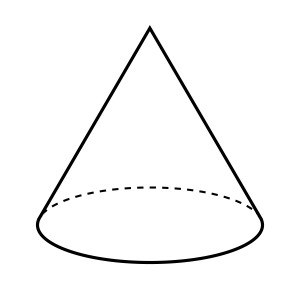 We will be using our two-point perspective for this, so start off by drawing your horizon line and two vanishing points.

The following step-by-step appear courtesy of Brenda Hoddinott for Drawspace.com. Note that she indicates “VP.1” and “VP.2” for the two separate vanishing points.

Establish a vertical line for the front of your cube (I told you they’d come in handy!). We are first going to make a rectangle then we will turn it into a cylinder. Set the vertical lines to mark the ends of your box: 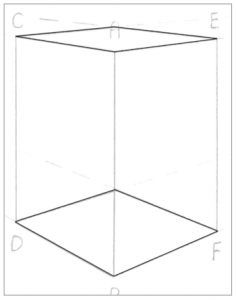 Now draw lines from corner to corner on the “lid” and “bottom” of your box to make an X. This will help you find the center of each end of your box. At this point, you can erase the vertical lines marking the edge of your box because they will change when we turn it into a cylinder. 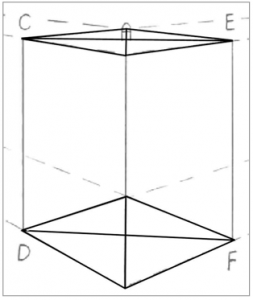 Now, draw straight lines from your vanishing points so that they cross through the middle of the X’s you just drew.

Where these yellow lines intersect with the exterior shape of your box (see red dots) show you where you draw your ellipses (squashed circles found at the ends of cylinders) to turn this box into a cylinder. 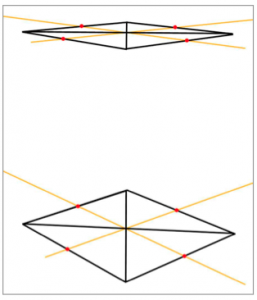 The red dots are the points that your ellipse will have to pass through in order to create a cylinder in perspective.

Connect the dots with curved lines, noting that they will not look like perfect circles—they will be pinched and flattened so that they look in perspective. 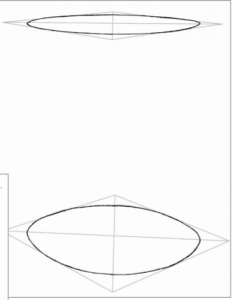 Now draw in vertical lines attaching the widest parts of the ellipses to each other, like so: 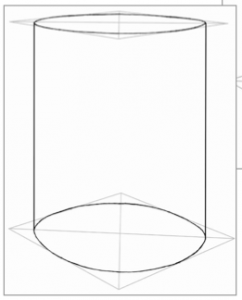 Now, erase all your guiding lines: 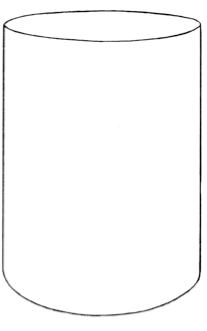 Hurray! You’ve made a cylinder!

Exercise One: Find And Draw Cylinders

Find something in your house that has a cylindrical shape (paper towel roll, candle, hair roller, etc.) and is opaque. Set it up with a single light source and practice drawing freehand your cylinder with value. Move the light source and draw it again. Do this at least four times!

I just photographed some cylindrical objects from around my house and traced some of the ellipses in them so you can see where they are and how different they look depending on the orientation of the object. 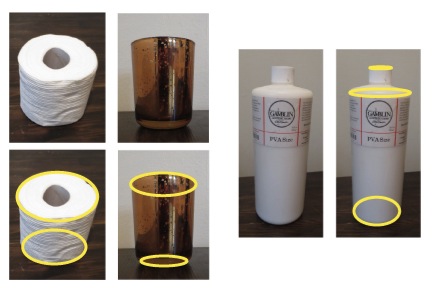 Now that you know how to draw a cylinder, a cone will be no problem for you. Start out the same way you would with the cylinder: draw your horizon line, two vanishing points, and three vertical lines to construct the sides of the box. Make your X shape in the bottom of the box and draw lines from your vanishing points through the center and make your ellipse—just like you did with the cylinder. 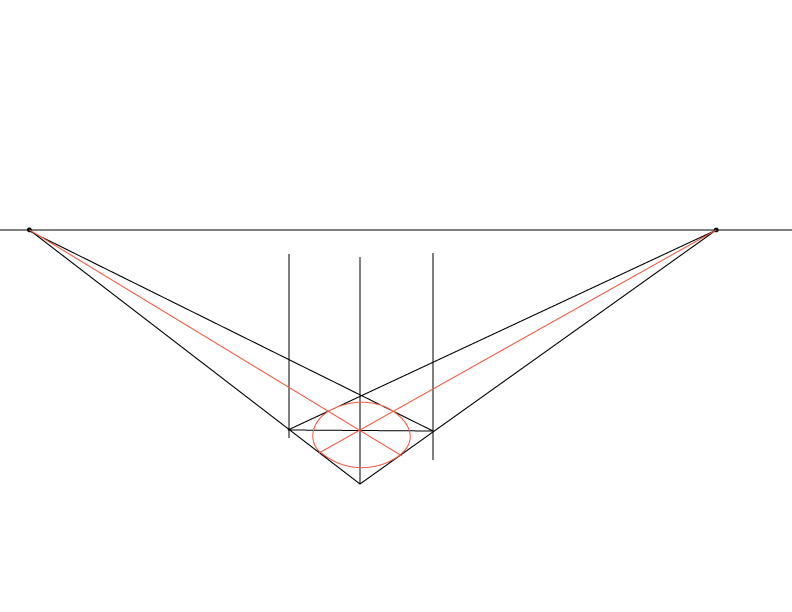 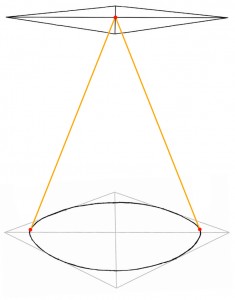 For the last step, erase your guiding lines, leaving only the cone shape. 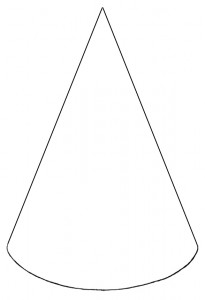 Congratulations! You now have a cone!

Find an object around your house with a cone shape (ice cream cone, birthday hat, martini glass, etc.) and set it up with a single light source. Practice drawing the cone with your light source coming from a different direction each time. Do this at least four times!

When you’ve finished your cylinder and cone drawings, send photos of them to us using our submission form!

Key Lesson Learnings : You have learned to draw cylinders and cones using vanishing points, and to find these shapes in objects around you.